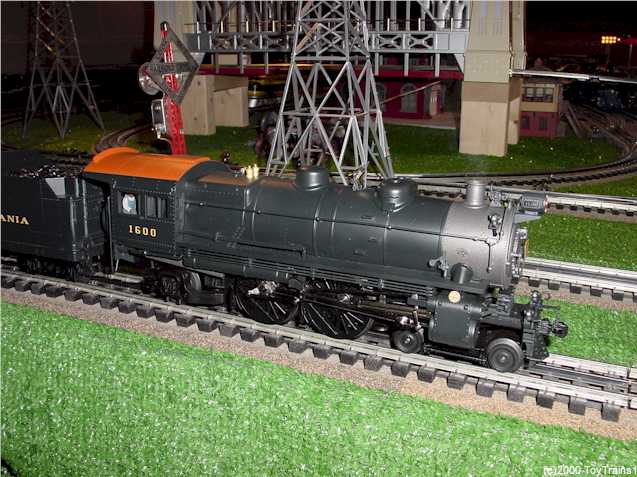 The photo of model shown above is the MTH Premier version of the Pennsy 4-4-2 Atlantic, which was one of the early workhorses of the steam era.  This model, released late in 2000, included the new Protosound 2 system, which provides smoke puffing synchronized with the driver movement.  In practice, it adds greatly to the realism of the model.  A few more photos of the model are shown below, and following those is a photo of a later model Pennsy Atlantic prototype. 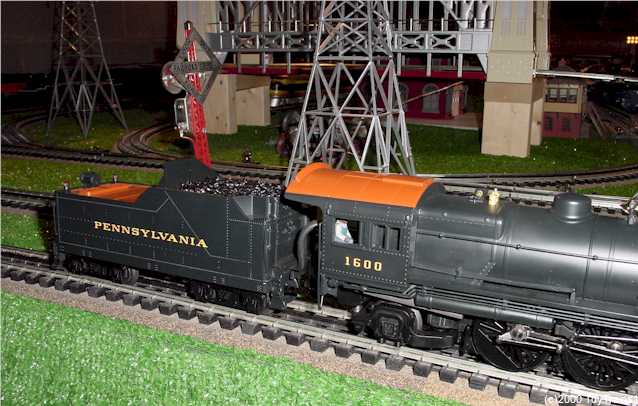 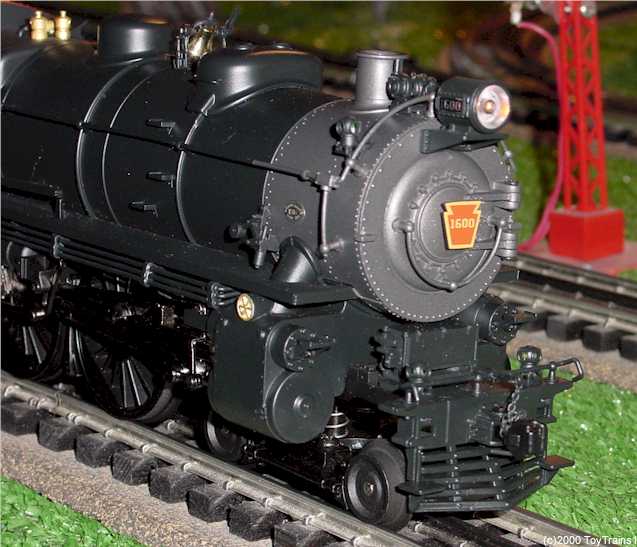 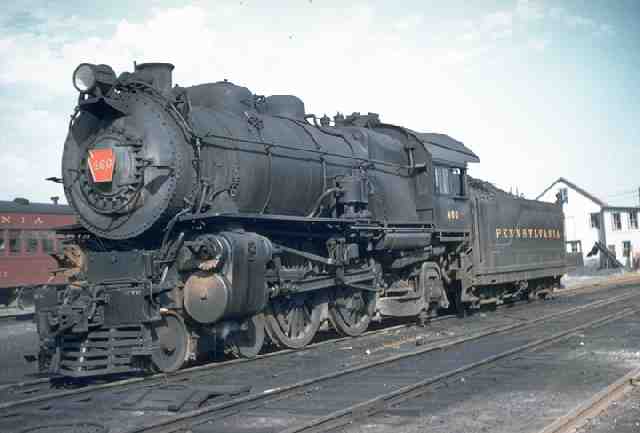 Shown below are a few earlier Jersey Central camelback versions of the Atlantic. 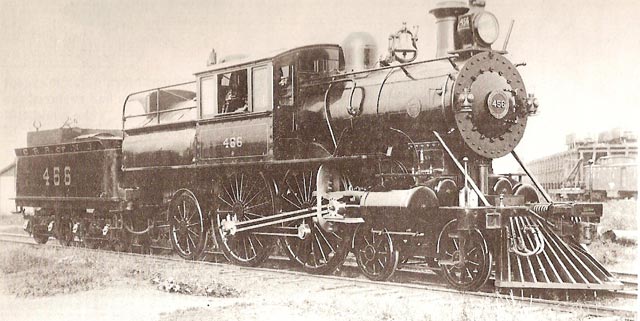 Here are few photos of an early Pennsy Atlantic, #7002, class E-2, preserved in the Railroad Museum of PA. 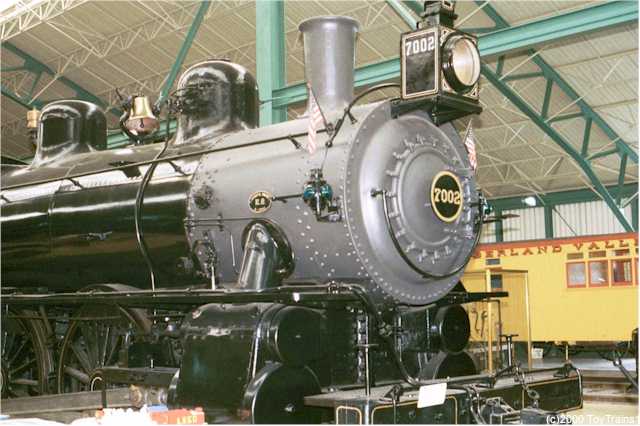 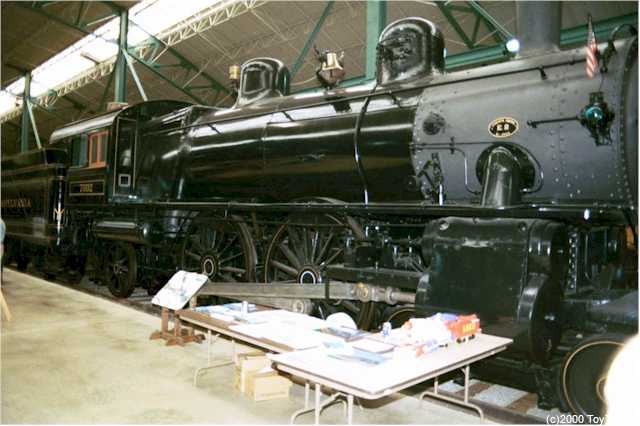 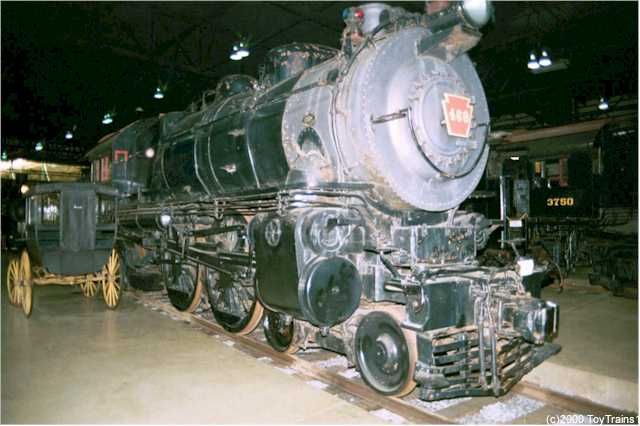 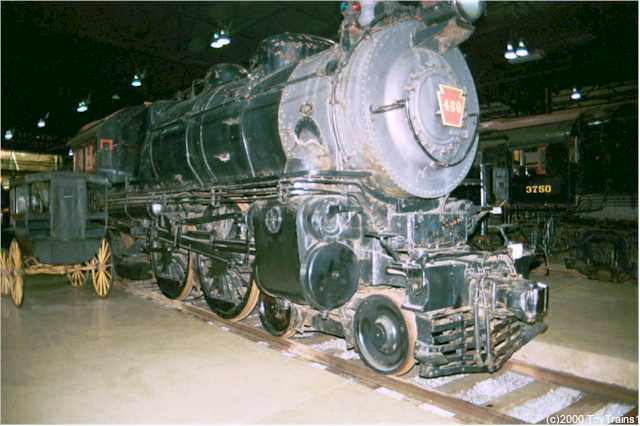