A Visit With Mike Wolf (And A New Train!)

This past Friday, my friend Bob and I went down to Trenton to visit with Mike Wolf, the president of MTH Electric Trains.  He was visiting Trains & Things, a very nice train store down there.  Mike hadn't been around when we visited MTH in Columbia, MD during the summer (entries below) so it was good to have a chance to chat with him again.  I found out that the new Premier model camelback will be arriving at the end of January, which is exciting for me since I have one on order.  Mike had a production sample (undecorated) with him, and the level of add-on detail is amazing.  Here are two photos of that sample. 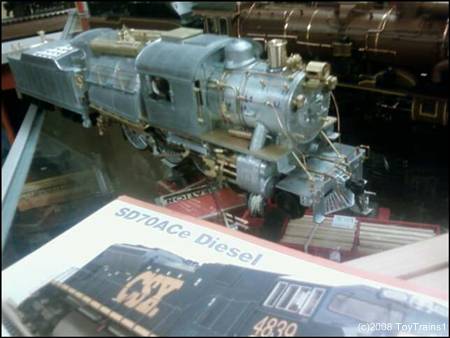 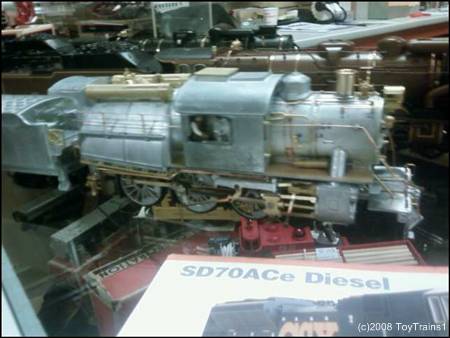 He also brought with him the completed models of some of the European steam locomotives that MTH has started to produce.  Though not my cup of tea, they are exquisite as you can see in the following two photos. 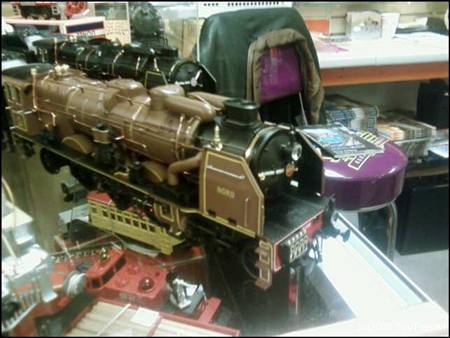 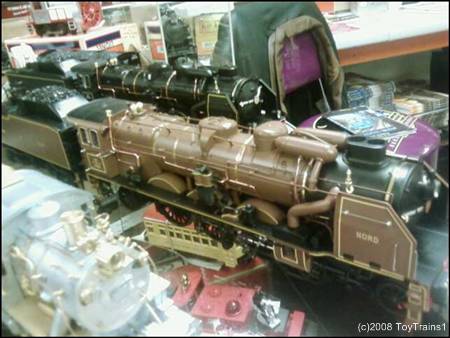 Last but not least, here's Mike himself. 🙂 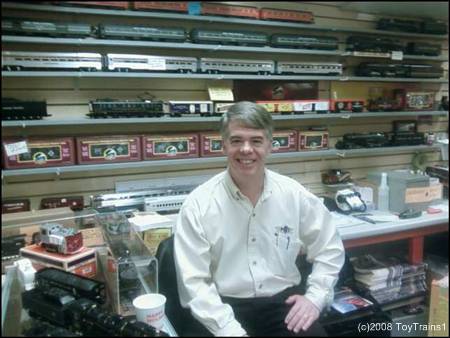 While at the store, my eye was caught by an Ives Olympian set that they had on display.  Ives was a manufacturer of toy trains back in the golden age and made exquisite Standard Gauge trains that many think were the height of the art.  MTH has been making reproductions of the old Ives Standard Gauge trains for some time now, and this set, produced in 2007, incorporates all of the latest PS2 innovations, allowing it to be run with DCS, while maintaining the appearance of the original.  For those not familiar with them, Standard Gauge trains run on track that is much wider than O Gauge track and the trains, being true toy trains, are not in any way to scale.  You can get relatively small Standard Gauge trains, such as the Christmas trains that I have (you can see videos of them in action on my Multimedia page), or you can get relatively enormous Standard Gauge trains where a locomotive and four cars can stretch out more than six feet.  The Ives Olympian set falls into the latter category.  During our visit I kept coming back to examine the set more and more closely.  Other than the two Christmas sets, I have no Standard Gauge trains.  Well, I didn't until now.  It was a case of love at first sight, and I'm now the proud owner of the Ives Olympian!  Here are a series of photos of the locomotive and the four cars (which in fact make a train more than six feet long) on my Standard Gauge "layout" on the library floor. 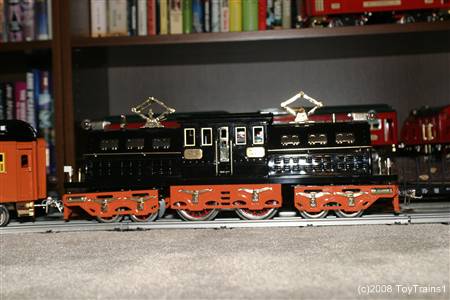 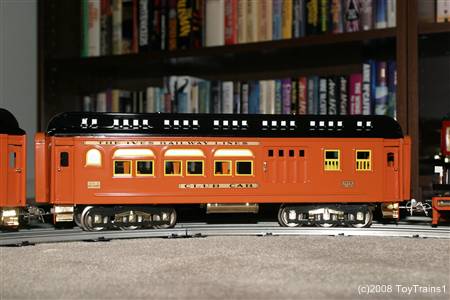 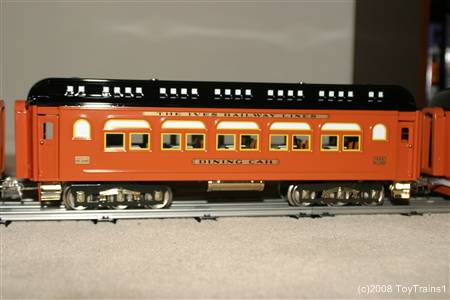 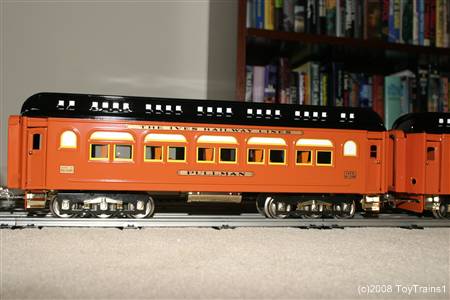 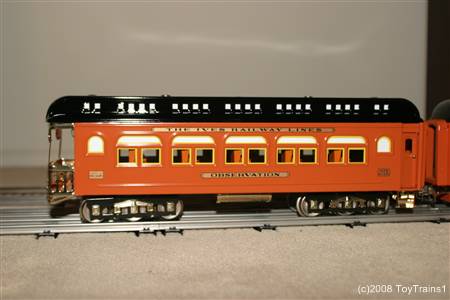 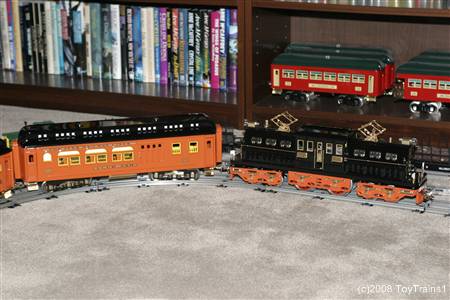 Finally, on a personal note, today is Pearl Harbor Day, marking three years since I "got retired".